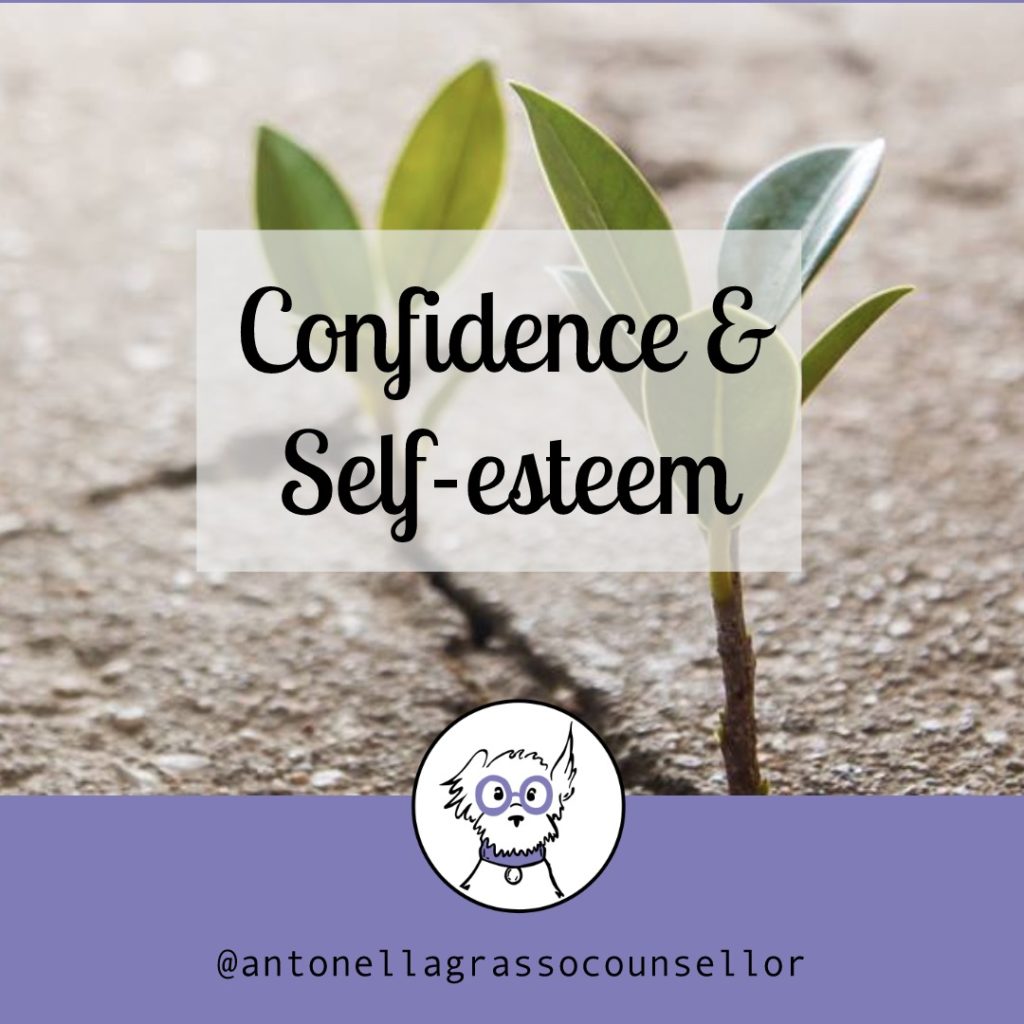 Self-esteem reflects a person’s overall subjective emotional evaluation of his or her own worth. It is a judgment of oneself as well as an attitude towards the self.  For example, some people might have a strong feeling of being  ‘never good enough’.  This can be constructed in a number of forms, such as competence – the feeling of ‘never being good enough’ at a skill or ability; bodily – the feeling of not being ‘strong enough’ or ‘pretty enough’; identity – the feeling of not fitting in your own identity, this could be your gender, race or sexual orientation; relational – the feeling that you will only be loved if you are . . . (pretty, successful).

If these feelings reflect some of your own, they may be symptoms of an inner emotional wound that you suffered in your early years – through no fault of your own.  Such emotional wounds are usually brought about by the ones closest to us, despite having the best intentions.  Unfortunately, having these beliefs usually leads to feelings of low self-esteem, anxiety, anger and sometimes even depression.  Having a negative relationship with ourselves leads us to experience life with more difficulty and we become our very own enemies.

HOW CAN I HELP YOU?

One of the most common features of low self-esteem is negative self-talk. People with low self-esteem regard themselves critically and may feel a perpetual sense of failure.  These negative messages are rarely true, but the thought patterns may be so ingrained in a person’s behavior that he or she does not recognize the frequency with which they occur. Upon examination, people often admit that the negative messages are inaccurate and that they would never say such things to another person.

This is why Cognitive Behavioural Therapy (CBT) can help. CBT is based on the idea that our thoughts determine our feelings and behaviours. Thus, with this therapeutic approach I can help you identify the negative messages and thought patterns that cause you to be critical towards yourself, and modify them into more realistic thoughts.

Animal Assisted Therapy (AAT) can also be useful when working with self-esteem issues. Animals have a natural predisposition to connect with humans (Levinson, 1969), making therapy a relaxed and enjoyable experience. Research shows that AAT helps to nurture values such as confidence, self-esteem, self-worth and self-growth resulting from the relationship with the therapy animal (Wells, 2007; Gammonley et al., 2000; Kwong & Bartholomew, 2011; Burgon, 2011).

When a person has developed a long-standing pattern of negative self-talk and criticism, it can be difficult to build self-esteem; experiencing therapy can provide the much-needed experience of unconditional positive regard and respect that will help accelerate the process.